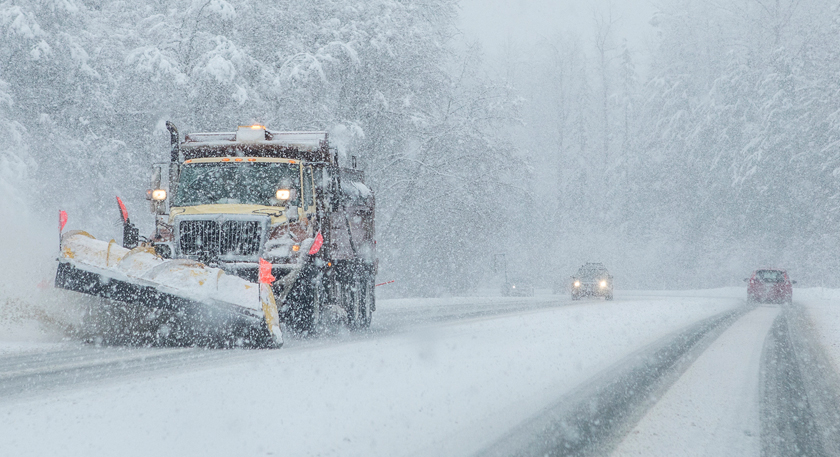 The power of blizzards can be chilling! A blizzard is far more than just a storm. Blizzards are characterized by very low temperatures, powerful winds, and blowing snow, followed by whiteouts and snowdrifts that can entomb homes and cars. The Great Blizzard of 1888 is considered the worst blizzard in U.S. history. That epic storm moved from Florida to New Jersey, dropping 20 inches and 34 inches, respectively, in each city in a day! More than 400 people perished.

Help students understand the characteristics of this fierce weather phenomenon, including whiteouts, strong winds, snowdrifts, and wind chills. It’s the perfect storm of science concepts for the budding meteorologists in your class.

What conditions are needed for a blizzard?

What does it take to make a blizzard? No…not soft-serve ice cream blended with cookies or candy. The National Weather Service defines a blizzard by three criteria: blowing or falling snow, winds of at least 35 miles per hour, and visibility of a quarter mile or less for at least three hours.

Three atmospheric conditions are needed to make this colossal snowstorm:

Ideal snow-making conditions are temperatures of 28° F or lower. For snow to fall to the ground, the temperature must be cold in the clouds where snowflakes form and on the ground when they land. If the ground air is too warm, the snow will melt on its way down, becoming rain or freezing rain.

2. Moisture to form clouds and precipitation.

Moisture in the air is called water vapor. As part of the water cycle, water at the surface of the ocean, rivers, and lakes can become water vapor and move into the atmosphere through evaporation. This is how lake effect snowstorms and nor’easters gather so much moisture. However, cold air can’t hold much water vapor. In fact, very cold air doesn’t make much snow.

There are two ways that moist air might rise over cold air. Winds pull cold air toward the equator from the poles and bring warmer, moist air toward the poles from the equator. When warm air and cold air are brought together, a front is formed, and snow can form. Warm air can also rise to form clouds and blizzard snows as it flows up a mountainside.1

What is a ground blizzard?

Sometimes strong winds pick up snow that has already fallen, creating a ground blizzard. Ground blizzards typically occur when an Arctic cold front moves through an area, causing temperatures to drop and winds to whip up fast, reaching gusts of up to 50 to 60 mph. If several inches of fresh snow is already on the ground, these strong winds will quickly pick up the snow and create whiteout conditions. During a whiteout, sunlight is reduced and scattered by ice crystals in the snow.

Before your first snow day, use the activity below to help students build their knowledge of the weather patterns that affect them every day.

The state of Earth's atmosphere affects us all, which explains why the weather is one of the most popular topics of conversation and scientific study. In this activity, students investigate specific weather phenomena and the climate system in general.

They build a model of Earth and its atmosphere and then use it to conduct experiments that show how the global wind system works. Students trace air currents from the icy cold poles to the warm equator and back with a wisp of smoke. They explore concepts by modeling Earth's heat reservoirs, thermals, and global and local winds. They’ll have fun recreating ocean currents in a small basin of water.

Simulate Earth’s rotation and revolution to learn how the sun affects the weather daily and seasonally. Students learn about the climatic zones and the composition of the atmosphere. They experiment to see how carbon dioxide levels affect temperature. Explore the hydrological cycle to learn about humidity, clouds, and precipitation. Build a simple barometer, set up a rain gauge, and track the temperature. 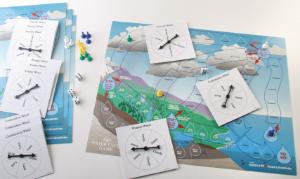 Students flow through the various components of the water cycle on their way back to the ocean. Entertain while educating about the hydro-logic of porosity and groundwater versus land runoff. 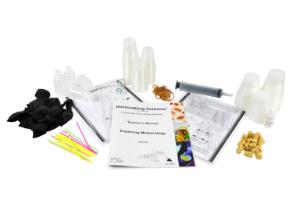